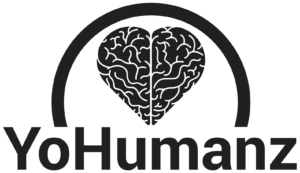 14 Signs of Unhealthy Boundaries To Be Aware Of

Unhealthy boundaries can be disastrous.

It can lead to people using you, taking advantage of you and wasting too much of your kindness and generosity.

Having personal guidelines helps you enforce what you are and aren’t comfortable with inside romantic, friend, family, co-worker and any other type of relationship.

Boundaries are persona rules you set to identify what you’re comfortable with in a relationship. A boundary may state that it’s okay when a friend does this action, but not when they do that action. A simple boundary many people set is that they’re okay with regularly texting their friends, but they don’t want to be available 24/7. A more specific boundary would be that you’re okay with texting your boss about work, but not about your personal life.

Boundaries are set by the people in the relationship. In some circumstances, they may be set by a governing body (for example, human resources rules within a company). Boundaries look different to everyone and it’s okay if yours look different from your friends. For example, your friend may be okay with their friends texting them non-stop, but you don’t like that and that’s your boundary.

Both people in a relationship should operate within each other’s boundaries. This is true for friendships, relationships, co-workers and family.

Examples of healthy boundaries include:

Unhealthy boundaries are ones that don’t reflect your personal needs. For example, let’s say you set a boundary with your partner that they can know your passwords, but they can’t login to your accounts. If you’re uncomfortable with that rule and it makes you feel that they don’t trust you or are creeping on you, that’s an unhealthy boundary. Instead a healthier boundary and one that feels right to you may be that your partner can’t have access to your passwords or accounts at all.

If you’re wondering if you have unhealthy boundaries, consider the list below.

#1 Sharing Your Entire Life with Strangers

Sometimes, you connect with someone and you share a lot about yourself right away. But if this happens to you all the time and you find yourself giving up intimate details to strangers, it could be a sign of unhealthy boundaries. Healthy boundaries would typically reserve some privacy until you better know someone. Giving trust so blindly can mean guards are too low.

Everyone knows someone who invades their “personal space.” This person talks way too close to your face and seems to not get the hint when you take a step back. If this has been you at times, it’s a sign you have unhealthy boundaries and that you’re violating other people’s.

If you’re being influenced to contradict a personal or moral value, it’s likely that you have unhealthy boundaries. For example, let’s say your partner is protesting an issue that you morally disagree with, but you agree to go along anyway. Or, maybe your friend is insisting you miss your mother’s birthday party so they can rant about their date—so you forgo your value of family. These are signs you need to adjust your boundaries so they better align with your values.

#4 Touching Another Without Asking

Touching someone without getting permission is a sign of an unhealthy boundary. For example, let’s say you’re pregnant and everyone in the office is suddenly your friend, coming up and feeling your belly. A healthy boundary would be co-workers who either ask first or respect your physical space entirely.

If you have a friend that you always need to say “yes” to, it’s likely you have unhealthy boundaries. You’re allowed to have personal rules around when you go out and see friends. When others are upset about your boundaries, that reflects them, not your boundary.

If you trust everyone or anyone shortly after you meet them, you probably want to set some better boundaries. Healthy personal guidelines typically look like giving out trust as it’s earned overtime.

If other people are making your decisions for you, whether big or small, it could be a sign that you have inappropriate boundaries. This could be as simple as your partner deciding what you’ll eat at a restaurant. Although they can make recommendations, deciding for you isn’t normal. You may also defer to someone else for your life’s decision because you’re used to them bending your boundaries.

Let’s say you haven’t talked to your mother in years but she buys you a birthday gift each year. Even though it’s a gesture, you know it’s her way of trying to manipulate you with money and into talking with her again. If that gift crosses your boundary, it’s okay to say no thanks.

Another sign of unhealthy boundaries is if you accept a physical action that you don’t want to. For example, let’s say your co-worker hugs you often and you’re uncomfortable with it. In these cases, you should know that you’re allowed to have personal boundaries. And others should respect them.

#11 Trying to Please Everyone

If you’re trying to do things to make everyone happy, you probably have set some unhealthy boundaries for yourself. You’re allowed to put you first.

#12 Allowing People to Take Advantage of You

When we know someone is taking advantage of us in order to gain a benefit, we should be able to call it out and correct or end the relationship. Unhealthy boundaries means that you’re silent about being walked over and the situation likely continues.

This could be allowing people to take an unlimited amount of time, effort, money, anything. At some point, most people have a boundary where they say “enough is enough” and draw the line. Not having this point likely symbolizes an unhealthy boundaries.

Perhaps you hate confrontation, so you’d rather pretend a problem doesn’t exist than bring it up. Or maybe you’ve brought it up so many times without a resolution that the only thing left to do is ignore it. In any case, a healthy relationship should allow you to confront and resolve problems calmly. Ignoring problems could be a sign of unhealthy boundaries that others keep crossing.

Personal boundaries are important to have in relationships because they dictate what you will and won’t accept. Identifying what you’re uncomfortable with and saying so is not only empowering, but it’s normal and healthy. If you’re not sure if you have unhealthy boundaries, read the list above and see if you can relate to any.

YoHumanz
YoHumanz is a blog dedicated to helpful and inspirational content about being human today—written in a non-bullshitty, (hopefully) more approachable way. We focus on 3 main areas: Heart, Brain and Soul.

Meditation for Self-Compassion: 11 Audios To Change Your Life

A few minutes could change your life—or at least, your mindset. Meditations for self-compassion can help bring awareness, calm and confidence. In this guide, we’re showing...
Read more
Heart

Being ignored hurts and these ignore quotes prove that others feel the same way. When the person who we care about isn’t paying attention to...
Read more
COVID-19

Want to brighten up a sad world? Tiny acts that cost little to nothing...
Read more
Brain

Introverted Intuition: A Guide of 25 Relatable Signs for INFJ + INTJ

Whether you’re into personality tests or spirituality, you probably came across the term “introverted intuition" or "INFJ" or "INTJ." But what do those phrases mean?...
Read more
Brain

Could repeating that you’re not anxious make it so? Some people tend to think so. And there’s also some evidence to back it up. While affirmations...
Read more
Brain

Introverted Intuition: A Guide of 25 Relatable Signs for INFJ + INTJ

Whether you’re into personality tests or spirituality, you probably came across the term “introverted intuition" or "INFJ" or "INTJ." But what do those phrases mean?...
Read more
Brain

9 Trauma Bonding Signs to Scan Your Relationship For

Have you ever continued loving someone even after they’ve hurt you very badly? Instead of chucking them from your life, your feelings grew? If so, you...
Read more
Heart

61 Sexy, Cute and Flirty Texts to Send Him

Stop texting the same old boring things. Spice it up a little with a few short phrases that will leave them wanting more. Whether you want...
Read more
Heart

71 Interesting Get To Know You Questions for Couples

You can get to know someone quickly by asking questions. And it’s super fun. Rather than having a regular conversation, injecting interesting questions can help...
Read more
Brain

Read This If You Feel Alone: 12 Thoughts on the Pain of Loneliness

Feeling a little empty, unwanted, disconnect from the world? Like the globe is turning but you’re watching it instead of inside it? Maybe you have everyone’s...
Read more
Brain

10 Unconventional Ways to Wake Up Easier and Happier

Getting up sucks most mornings. Yep, the ringing alarm on your phone goes off and you wish you could just throw it across the room. Or...
Read more